Prosecutor Joe McGettigan, in his opening statement at the Sandusky trial, said no one at the charity knew about Sandusky's abuse, but said "maybe" people at Penn State did.  Who were they?

In the last installment of this series, we highlighted the escalating salaries of Dr. Jack Raykovitz and Katherine Genovese.  Their salaries began rising coincident with the first allegations of abuse against Jerry Sandusky and didn't stop rising until 2009.

Salaries don't tell the only story about who may have known about Sandusky.  Donations tell an equally interesting story.

Analyses of Second Mile donor lists from its annual reports from 2005 through 2010 revealed that a number of Penn State Board of Trustee members and/or their companies had strong financial ties to the organization. The chart below shows the donation history of current BOT members and/or their companies.  USSteel (Surma), Merck (Frazier), PNC Bank (Junker), Lloyd Huck, and Paul Silvis made considerable donations over the years to the Second Mile.  Surma was elected to the BOT in 2007 and Frazier in 2009.

The red numbers indicate the years in which the news of the Sandusky scandal was shared among those with close ties to The Second Mile.  It is notable that there is a precipitious drop in the donations from USSteel, PNC Bank,  and Merck, but no such drop from Lloyd Huck or Paul Silvis.  Linda Strumpf made a considerable donation in 2010.  These donations provide insight into who may have known about the Sandusky investigation (Surma and Frazier) and who likely did not (Strumpf, Silvis,  and Huck).

Was the drop in donations related to the investigation of Sandusky or could the drop have been related to Sandusky's 2009 retirement or to economic factors?

Sandusky had told Raykovitz he was under investigation for child abuse and that he vowed to fight the charges.  In early 2009, he was indicated for child abuse and resigned from the charity.  The Second Mile Board decided to to keep silent about the abuse allegations, instead making an announcement that Sandusky had voluntarily retired.  Given that fact, Surma (USSteel) and Frazier (Merck) would not have gotten the news of the investigation through any official channel, since they were not Second Mile board members.

The market crashed in late 2008, and many companies took large losses in the wake of the meltdown.  It appears that the drop in donations from USSteel could be tied to its financial performance.  The chart below shows a precipitous drop in stock price from 2008 to 2009 and it appears that John Surma is doing his level best to keep the company's stock prices low so that every American can be an owner of USSteel.  Share price closed today (1/14/13) at $24.38 -- down from about $200 per share in 2008. 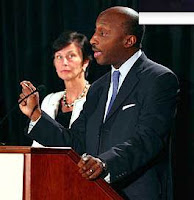 PSU BOT member Ira Lubert donated $50,000 to The Second Mile back in 2002, but has not made a financial donation since, however, Lubert provided his Greenhills facility for Sandusky's camp in Reading until 2009.  Lubert also volunteered on the Board of Directors for the Southeast Region from at least 2005 to 2008  (we don't have the records from 2004).  There was no board of directors for the Southeast Region in 2003.  So is it just a coincidence that Lubert dropped off the Board and stopped letting TSM use his facilities in 2009?  Lubert was appointed to the BOT by the Governor in 2007, after serving previously from 1997 to 2000.  He was again reappointed in 2010 and his term is scheduled to end in 2013. 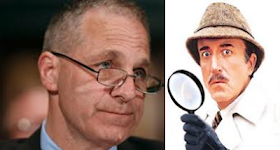 Not so surprisingly, the $6.5 million dollar investigation ordered by the BOT didn't uncover any of this information.   Former FBI-Director, Louis Freeh's summation of PSU's relationship to The Second Mile consisted of two major themes:  the university's visible support of Second Mile and its provision of facilities gave Sandusky opportunities to bring young boys on campus; and, many Second Mile board members and program volunteers were alumni and students of Penn State.

At the Freeh Report Press Conference in July 2012, a suburban Philly alumna, Wendy Silverwood, asked Louis Freeh about what his "investigation" revealed about The Second Mile role in the scandal.

Freeh responded, "Well, I think you need to direct your question there.  We did as much as we could in that regard, relevant to our mandate.  Many of the people there would not speak to us. We didn't have access to their records.  We didn't have subpoena power as you know. But you raise a good question."

Clearly, Judge Freeh was dodging the question as all of his bureaucratic training prepared him to do.

As you have seen on this blog, there is plenty of information about The Second Mile in the public domain that raises serious questions.

When will we get answers?